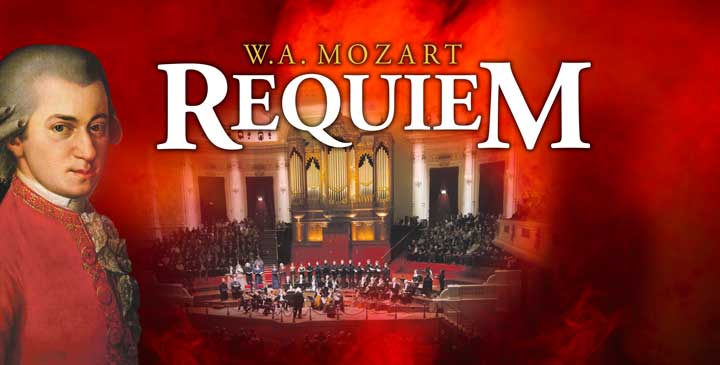 Check all the concerts dates and book your tickets

In May 2022, Olga Zinovieva takes part in the Mozart tour with The Bach Choir & Orchestra of the Netherlands through the Netherlands. She will be singing solo parts in Mozart’s Requiem and the Coronation Mass.

Mozart’s Requiem became known to the lage public through the film ‘Amadeus’ and it is perhaps the most impressive work by this composer, who died young. Mozart wrote the Requiem just before his own death, by the order of an anonymous client.

Allegri’s masterpiece ‘Miserere mei’ for solo quartet and a cappella choir is also on the program. In the sixteenth century this piece was forbidden to be published and it was only allowed to be performed at a particular service in the Sistine Chapel. Fourteen- year- old Mozart changed this by writting it down from memory after visiting this service. Thanks to him, you can enjoy the spectacular high Cs for soprano in this unique concert.

Would you like to hear Olga live on the concert?

Sign up for the newsletter and receive a unique discount code. Then you will be able to reserve a ticket for only € 25.00. Furthermore, you will receive the information about upcoming concerts.