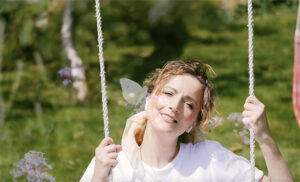 During the lock-down period, Olga Zinovieva has recorded around 15 video clips with compositions from the different style periods of the classical music.

Various colleagues participated among other things in the recording of social distance videos. In a few films Olga has cloned herself: you can see that she plays the piano and simultaneously sings a duet with herself.

Maestro Pieter Jan Leusink also participated in the recording of two videos. He accompanied Olga on the Quellhorst-organ from 1825 in the Grote Kerk in Elburg. Pieter Jan had not performed as an organist for more than 30 years and at Olga’s request returned to his old profession again.

Very special are the video clips of the songs of S. Rachmaninoff that were made outside in the beautiful nature. Watch all videos on Olga’s YouTube channel here.

This site uses Akismet to reduce spam. Learn how your comment data is processed.